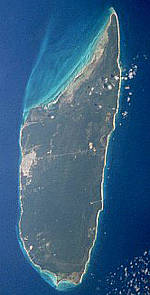 An immensely popular diving spot since 1961, when Jacques Cousteau, led by local guides, showed its spectacular reefs to the world, Cozumel lies 71km south of Cancún. Measuring 53km by 14km, it is Mexico’s largest island. Called Ah-Cuzamil-Peten (Island of Swallows) by its earliest inhabitants, Cozumel has become a world-famous diving and cruise ship destination. Hurricane Wilma did some serious damage to the snorkeling sites around the island, but most of the deep-water reefs missed the brunt of the storm. Sadly, the squadrons of eagle rays have dwindled, due to overfishing of the shellfish stocks – no shellfish, no eagle rays.

While diving and snorkeling are the main draws around here, the tourist zone offers lots of shopping ‘deals’ (often not very cheap) and a pleasant town square to spend the afternoon. In February there is a festive Carnaval, which brings dancers festooned with feathers out into the streets. There are also some small Maya ruins and a few eco-themed parks.